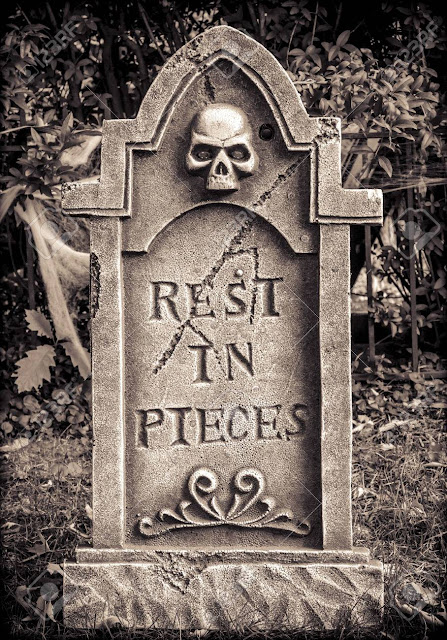 Like much of the rest of fandom, the news that Russell T. Davies has agreed to return as showrunner, on the condition of complete creative control, has me feeling Nominally Hopeful again after too long a time. But I'm not ready to be Burned Again. Unless Davies completely retcons out of existence the bulk of what Chris Shitnull did to the series, it will still be No Deal for me. I won't even type out the specific things that have to go -- you all know what they are. I believe Davies knows, too. But will he do it? Professional Courtesy and History suggest otherwise.
I am holding my breath. As the song said, "There's a kind of hush all over the world tonight. . ."
Meanwhile, I have been keeping up with the American Blu-Ray releases of the original series, and for the first time in a long while I'm beginning to feel a readiness to listen to some of the audio adventures as well. In fact, I'm beginning to feel like typing about some of it, just a bit. We'll see.
It could all still blow up in my face -- again.
Hopeful -- but cautious. I don't want to see DOCTOR WHO burned to the ground a second time.
-- Thorn.
------------------------------------------------------

I haven't felt much like writing about DOCTOR WHO in recent days -- even the parts of it that I still love, the parts of it that have been thrown on the ash heap by the BBC and the current showrunner. I can hardly even bring myself to watch my new Blu-Rays of the classic series. Why? Because it's a bit like having the corpse of a loved one still sitting in an easy chair in your living room three weeks after they passed on.

In a nutshell, DOCTOR WHO is dead. Burn the sets, sell the costumes, line up the coffins and prepare the eulogy. Throw the TARDIS into the Pacific. It's over.

Chris Chibnall has not just killed DOCTOR WHO. He's raped it, fucked up the ass, disemboweled it, poured acid all over the corpse and dumped the whole mess onto a rubbish tip for the crows to pick at.

So thoroughly and completely has Chibnall killed the show, that I honestly believe Nothing Can Save it Now. The only way to save it now is for the BBC to re-hire Peter Capaldi and give us an episode in which his Doctor is shown waking up from a Horrible Nightmare. And carry on from there with a completely new timeline.

Because a Horrible Nightmare is exactly what it has been. Series 11 makes the unmitigated disaster that was series 10 look like a playful romp.

Dear Chris Chibnall: If you hated the show this much, why in Omega's name did you accept the job as showrunner? WHY? Why have you done this awful, horrible, EVIL thing to a show and a fan base that never did you any harm whatsoever?

I trust you'll be keeping a wide berth around the convention circuit, because you must know that there are fans out there who would be glad to do you up for killing one of the few Good Things in their lives.

Whatever possessed you? What made you think that killing DOCTOR WHO was a Good Idea?

What made you think you had the right to shit all over the work your betters, something that used to make Millions of People happy? Life is hard and we rely on certain things, things that we love, to get us through. And what did you do? You put a gun to The Doctor's head and pulled the trigger.

You were appointed to be a CARETAKER of the show -- and instead you did an Ed Gein on it.

Dear Chris Chibnall, there is a special place in hell reserved for you, asshole.